Install the latest version of the .NET Framework on your computer using this Microsoft link if you are not using Windows 10.
If you are using Windows 10, you already have the right version.
If you want to know which frameworks you have, you can use this tool.

The configuration of a custom filename for screenshots is enhanced, and more options are available. 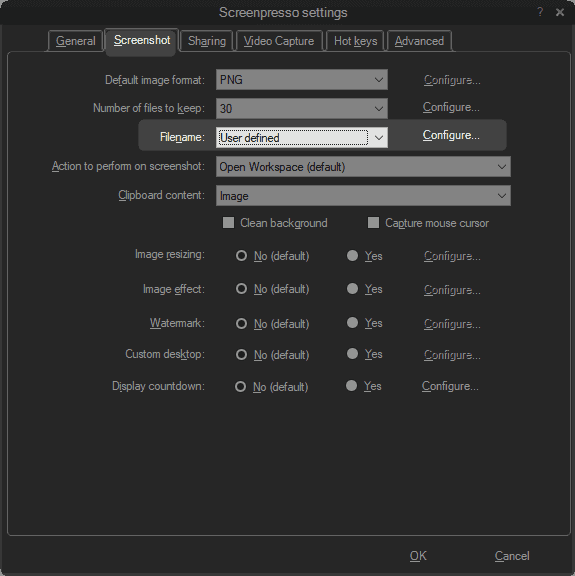 The 2 minutes limit length for animated gif is removed

Animated GIFs should be short and lightweight. That's why we recommend keeping GIFs video under 2 minutes length. However, Screenpresso does not hard limit it anymore.

You can resume the video recording when you stop it. The stop button acts as a pause button, and a second confirmation is needed to finalize the video. 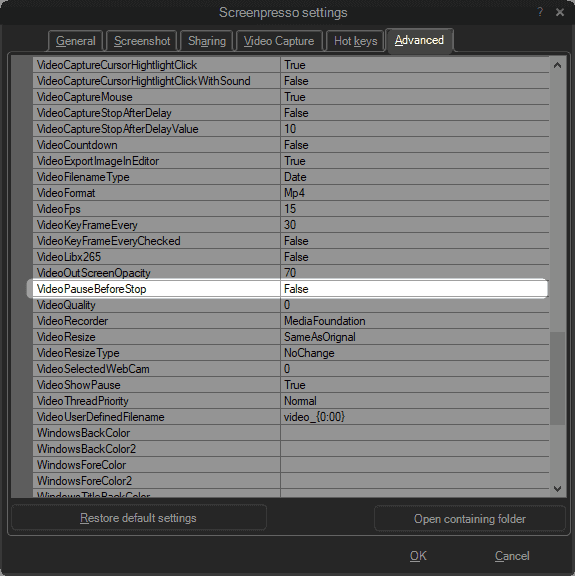 A new What's new? dialog has been added

When a new version is available, the release note is now shown directly in Screenpresso.

The OCR is now based on Tesseract 5-alpha.
The Google SDK v3 is now used for Google drive and Youtube integration.

Due to instabilities on Windows APIs, the Direct MP4 recording option is not supported anymore over Windows 8.
Improved the clipboard engine. Sometimes the content was not set resulting to an empty clipboard.
The "Reset all settings" button was not workink propertly (sharing settings were not resetted).
The video recorder was sometimes crashing due to audio issues.
A display issue has been fixed when printing from the workspace.
The Check for Update window size has been fixed for windows users with font size greater than 100%.

Screenpresso uses a new communication framework for interprocess communciation. It will improve performance and security.

As you may have seen it using the beta version of Screenpresso, we now use a new internal logger to help us diagnose issues and fix bugs.

Screenpresso was already quick to install, but it is even faster now on this 1.8 version.